Now Is The Time 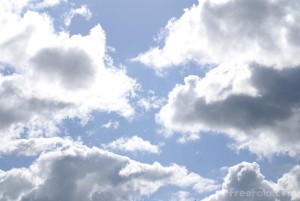 “As God’s fellow workers we urge you not to receive God’s grace in vain.  For He says, ‘In the time of my favor I heard you, and in the day of salvation I helped you.’ I tell you, NOW IS THE TIME OF GOD’S FAVOR, NOW IS THE DAY OF SALVATION.”  2 Corinthians 6:1-2 (NIV)

I have tasted the mountain tops and sat in the valleys, but through it all, I have gained a most wonderful treasure – the ability to hear God’s voice. And lately, I have been hearing that “now is the time for God’s favor and salvation (restoration) for His people.” I understand that it may not look like it or feel like it, but I declare to you, “now is the time of God’s favor” for your life and the Kingdom of God. I realize that the year 2008 was a difficult one for lots of us.  Many of God’s children had precious things stolen from them, but I am here to declare to you today – No More in Jesus Name!  This is the time of God’s favor and restoration to fall upon us for His purposes.  What used to be hard will become easy and what used to be missing will now be restored.  Friends, be expectant because NOW is the time for God’s favor and salvation throughout the nations.

It is no mistake that there is currently an all-out war for Gaza because the Nation of Israel is greatly tied to the end times.  However, we are not to fear, Matthew 24:6 tells us, “You will hear of wars and rumors of wars, but see to it that you are not alarmed.  Such things must happen, but the end is still to come.  Nation will rise against nation, and kingdom against kingdom. There will be famines and earthquakes in various places. All these are the beginning of birth pains.“ You may be asking –birth pains to what? My friend, it is the birth pains of the Return of Christ.  But before His return, we are to use our God-given authority and power through the Cross of Jesus to make the enemies of God a footstool (Hebrews 10:13).

There is a sifting going on in the body of Christ at this time- those who will serve God versus those who will only serve themselves. My question for you today is – which will you choose:  Will you surrender your life to God and give Him all the Glory or will you choose  self-preoccupation and receive the glory unto youself?  Will you serve your desires or Gods desires? Now is the time we must choose.  God’s favor and salvation is here.

“Lord, I realize that I have a choice today of serving You or myself.  I give You my life and choose to serve You for such a time as this.  Change the way I think and allow me to become Kingdom-focused rather than me-focused.  I want to be one of those who prepare the way of Your return!  I declare that NOW is the time for God’s favor and salvation over my life and over the Nations.  Amen.”