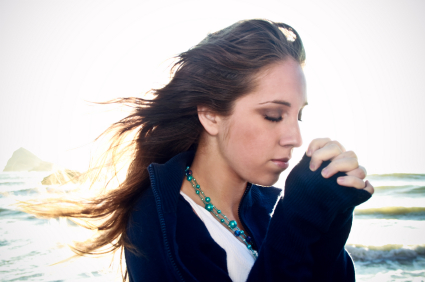 “I would have lost heart, unless I had believed that I would see the goodness of the Lord in the land of the living.  Wait on the Lord, be of good courage and He shall strengthen your heart; wait I say on the Lord.”  Psalm 27:13-14

“That’s not fair!” shouted a small child at his frazzled mother trying to load her groceries onto the conveyer belt at the local grocery store.  The mother in return gave her son what I call, “the look” and quickly replied, “Honey, sometimes life just isn’t fair.”  And although this statement can be true, I began thinking about the fact that God’s favor also isn’t fair and how this is good news for you and me!

In the world, people receive undeserved favor because of who they know or what family they come from.  And if you know the right people, or have the right family name, it doesn’t take near as much effort to become a success.  But did you know that you are connected to the King of Kings and you come from a Royal line?  When you made Jesus the Lord of your life, you entered into His unmerited favor.  And it is because you are a child of God that I can say with confidence, God will do for you exceedingly, abundantly, above all you could ask or think (Ephesians 3:20).  It is my personal prayer that you will leave this post knowing who you are and to whom you belong.

Just look at the recent winner of American Idol.  Kris Allen, a worship leader and follower of Jesus Christ took the title because he is highly favored of God.  The world thought that Adam Lambert had the title in the bag, but they forgot to factor in the favor of God.  What you may not know is that behind the scenes, Kris Allen was always helping the other contestants.  He was stated by the judges to be one of the most humble contestants American Idol has even had on the show.  Friends, I believe that Kris’ character pleased God, which in return released the supernatural favor of God on his life.

God’s favor is unfair, undeserved and unmerited and when our lives line up with Biblical principles the world will see us lifted up and it will declare, “that’s not fair!”  To which we will respond, “You’re right, it’s not fair – it’s the favor of God!”

No matter how things may appear in the natural, I want to encourage you today that you have the supernatural favor of God.  The world may tell you that you won’t amount to much, but God says that He has plans to prosper you!  It doesn’t matter who you are or whom you are connected to on earth, you have the favor of God on your side and all things are possible with Him!

“Lord, when I gave you my life I entered into your supernatural favor.  Thank you for loving me and covering my life with the unmerited, undeserved favor of God.  I will no longer strive and look to man for approval.  I declare that Your favor is enough!  When the world tells me I can’t, You tell me I can.  May my life bring you much glory.  Amen.”