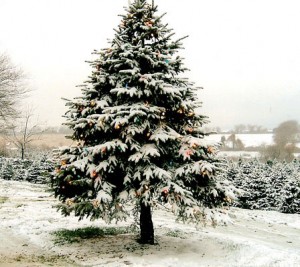 “Do not withhold good from those who deserve it when it’s in your power to help them.”  Proverbs 3:27, NLT

Who are the real heroes of our day anyway? Is it those with money and fame?  Is it those with honored titles and positions? I don’t believe so…the real heroes of our day are people like Leigh Ann Tuohy and our American Soldiers. Below is an article I found about Leigh Ann Tuohy and how the movie, “The Blind Side,” was filmed in order to share with the world how she and her family made a difference in the life of one teen boy…and by the way, if you haven’t seen this movie yet – go see it…it’s the best movie of the year in my opinion!! There is also an opportunity below for you and me to make a difference in the life of a soldier this Christmas…today we can make a difference!

Sandra Bullock: A blessing to meet, portray a real Christian

LOS ANGELES – Actress Sandra Bullock says meeting Leigh Anne Tuohy, who she portrays in The Blind Side, showed her there really are some Christians who “walk the walk.”

The film, which opened the week before Thanksgiving, presents the true story of the Tuohys — a well-off white family in Tennessee — who welcome a homeless black youth into their home and then adopt him as their son. That young man, Michael Oher, became an All-American selection for Ole Miss and a first-round draft pick. He now plays for the NFL’s Baltimore Ravens.

Bullock says thanks to the Tuohys, who attend Grace Evangelical Church in Memphis, she now has “faith in those who say they represent a faith.” Getting to know Leigh Anne Tuohy, says the actress, showed her that religious faith can be authentic. “She was so open and honest and forthright,” Bullock shares, “and I said, wow, I finally met someone who practices but doesn’t preach.”

Tuohy isn’t like some hypocritical church-goers she’s known, adds Bullock. “The beauty of Leigh Anne was one of my biggest questions was how people use their faith and their religion as a banner,” she says. “And then they don’t do the right thing, but they go ‘I’m a good Christian and I go to church and this is the way you should live your life.'”

Bullock admits she was wary of Christians before she met the Tuohys. “Whereas…before I was like, do not give me a lecture on how to live my life when I know I’m a pretty decent human being,” says the actress. “I might not go to church everyday, but I know I do the right thing or try to. You’re going to church and you’re still sleeping around on your wife…how are you better than I am? So I finally met people who walk the walk.”

Leigh Anne Tuohy says she hopes The Blind Side inspires more people to help others. “You don’t have to go out and bring a child into your home — that’s not what’s required,” says Tuohy. “But you can do something — everybody is capable of doing something. So whatever your something is, do it well. Make a difference.”

Oher’s mom says she enforces a behavior code when she watches her adopted son play for the Baltimore Ravens. “I had to have a little ‘come to Jesus’ talk with my section at [the] Ravens’ stadium,” she says. “I had to explain to everyone that, okay, we’re going to have a change of attitude. There is a two-drink limit, there is no cussing in this [section]. You don’t know who you’re sitting next to — I’m a player’s mom.”

Free Card for the Troops

This is a wonderful freebie, to send to someone else.  Xerox is running their Let’s Say Thanks program that sends cards to the troops for you.