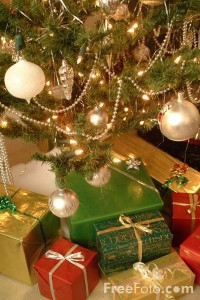 “Yet the Lord longs to be gracious to you; he rises to show you compassion.  For the Lord is a God of justice.  Blessed are all who wait for Him.”  Isaiah 30:18

Prayer:
Lord, I declare that the enemy must give back everything he has stolen from me! I proclaim that 2009 will be a year filled with the restoration power of God. I ask that you restore my body, my mind, my spirit, my relationships, my family, my reputation, my finances and anything else needing the restoration power of God. I love you Jesus and it because of your love that I believe 2009 will be the best year of my life.” Amen.

Tip #2 On how to keep Christ in Christmas: Helping those less fortunate.

TWT Reader, Gracie shares her idea, “my grand daughter wants to give Jesus a present, when my daughter asked me how I thought she should do that, I explained that Jesus would love to use our hearts and hands to do something really nice for someone that has no one. They are taking socks to a nursing home to give to residents. They have decided to “gift” Jesus every year.”