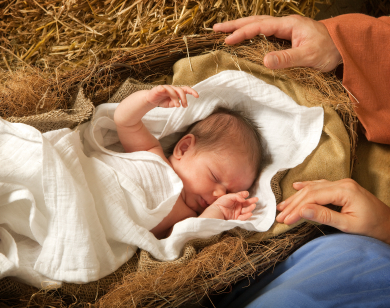 “Today in the town of David a Savior has been born to you; he is the Messiah, the Lord.  This will be a sign to you: You will find a baby wrapped in cloths and lying in a manger.”  Suddenly a great company of the heavenly host appeared with the angel, praising God and saying,  “Glory to God in the highest heaven, and on earth peace to those on whom his favor rests.”  Luke 2:11-14, NIV

This article has become a Christmas Tradition on my website and it was only a year ago that First For Women Magazine published this in their 2009 Christmas Edition.  I cannot help but continually give God praise for His abundant favor.  Be encouraged my friend, if God can do this for me, then what will He do for you this Christmas?  May you have a miracle-filled Christmas!

Prayer: Lord, I declare that the enemy must give back everything he has stolen from me! I proclaim that 2011 will be a year filled with the restoration power of God. I ask that you restore my body, my mind, my spirit, my relationships, my family, my reputation, my finances and anything else needing the restoration power of God. I love you Jesus and it is because of your love that I believe 2011 will be a year crowned with Your goodness and dripping with abundance (Psalm 65:11).” Amen.